Copied down notes from an old blog. Many observations may no longer be true as vocal community leaders have emerged since. There’s more work to be done. Take this as a reference piece of a pre-protest and Covid-19 era. 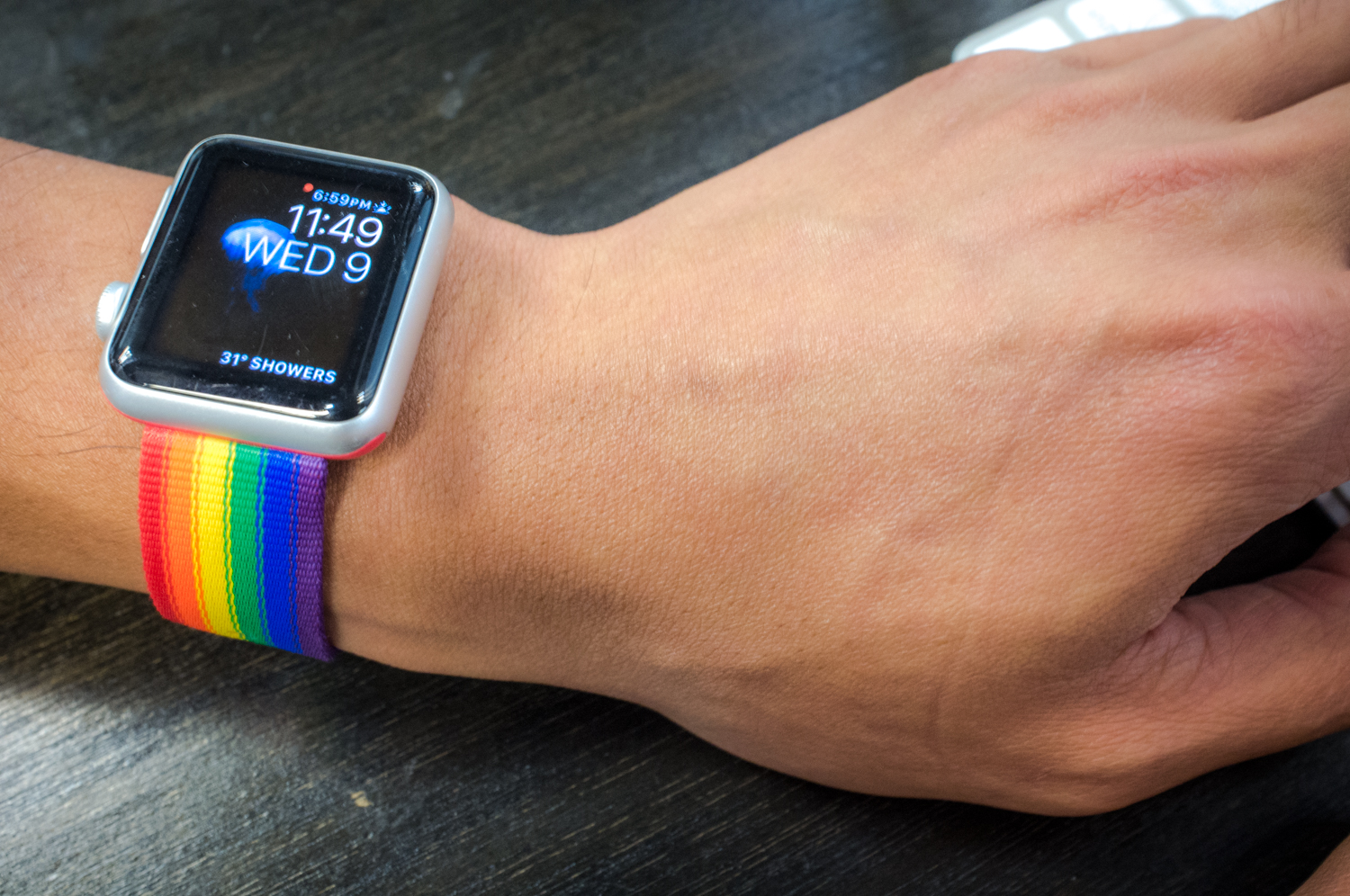 The contents are based on my own personal experiences, and not meant to be exhaustive or describe cultural traits.

This isn’t a post about how things are or need to be. Many of issues are shared with other LGBTQ communities in different countries. Also, as caveating my perspective as a queer, cis-female, gender ambiguous, Cantonese-speaking, Chinese Canadian.

Gay and lesbian are still the easiest terms to search up, or their Chinese equivalents. Queer began seeping into Cantonese leixcon around 2018/2019. I’ve noticed that the Instagram personals popping up are getting better about being undefined (with regards to roles). When I first moved to Hong Kong, T was for Tomboy and P was for Princess. The gendered roles never worked for me.

Racism? Intersectionality? I fortunately found events for that, but they’re few and far between; look for events that are inclusive of migrants, South Asians, people with disabilities etc. Always be aware of who you’re talking to: white expat, Chinese diaspora who’s moved to Hong Kong expat, Cantonese Hong Konger, South Asian Hong Konger, Mainland Chinese, or something else. Hong Kong is governed by consumption so people of different income classes don’t mix.

As long as it’s not my child.

This has never happened to me, since I don’t have immediate family in Hong Kong, but this is a reality many expats don’t fully appreciate about their local counterparts, who often still live with family. The indifference on the street coexists cozily with the stubborn lack of acceptance if it were in your own home. I feel more safe in Hong Kong on the street than Canada (where I spent the first 20 years of my life) or London, where I studied. In part, this is because there is much less public violence in East Asian countries. But the other reason is I’m part of the Chinese majority and the society was designed for me – I’m not harassed like the South Asian community or migrant workers.

But within homes, there’s an implicit silence, awkwardness, and genuine smothering concern (at best) how difficult life is and (at worst) your salvation. It’s unlikely you’ll cause an argument at a family friend’s dinner because of your crew cut (as a cis-female) because…you’re not their daughter. At the same time, people can live all their lives in the closet from their parents who are still trying to set them up in their 40s.

I do think the churches and their generally conservative and vocal stances are a problem. The churches, as institutions, have a huge influence in Hong Kong. Hong Kong churches funded and supported affiliations in Taiwan to oppose the referendum on same sex marriage. The church called voters to take into account representatives‘ stance on same-sex marriage, a point of contention between the Church and activists in 2015. The Catholic church reportedly has 581,000 followers though the 2016 census seems to report 480,000 Protestants and 379,000 Catholics. The Catholic church has also been vocal about its views on same-sex relationships. This is not to say other religious institutions around the world have not used their weight to influence government or legislature — just that it’s an equal problem for any place that has it. The churches are well funded and resourced and not only own land, but run many social programs and social events (so their influence is far greater than their official worshiper numbers). In addition, Hong Kong’s schools were largely founded by missionaries and one only has to pull up school list in the city to find that over 50% have Catholic or Protestant roots. Needless to say, resources are devoted to people who try to cure themselves of same-sex preferences or gender dysphoria. The result is that early on, the strong social networks that surround and individual send implicitly unsupportive signals (exceptions exist, of course).

Actually, it matters everywhere. (2021: I wrote this pre-BLM, so it was controversial back then.) The privileges that are afforded the expat community especifically living in Hong Kong include that they xdon’t have to deal with family at their front door. The racial heirarchy in Hong Kong is white (despite what any white expat will complain to you about these days) and the wealthy Chinese elite. The Cantonese majority. Mandarin speakers are treated quite badly (although the new regime is tipping things). South Asians are refused service in Chinese shops. Southeast Asians are all seen as domestic helpers and treated poorly. Intersecting all of this is wealth. So, my view is:

I asked some local friends for feedback. Other versions of the list include White, Cantonese, Taiwanese and everyone else (no distinction). Some people put Koreans above Chinese. Some people didn’t even think other people of colour (PoC) were a factor…

Like many other things in Hong Kong, by visibly being white, you are exempt from a string of expectations — including the need to be straight. If you are brown, Filipino, or Indonesian, and do not have an expat accent, you’re going to have a lot of trouble dating.

If you don’t speak Cantonese, I would not bet on trying to get to know the local scene. It’s unfortunate, and of course give it a try, but I think you will quickly get a sense of what I mean.

Unfortunately, the lists for lesbian bars isn’t very updated. Many of the popular places open, close, and re-open again somewhere else. The best thing to do is to get connected with a local friend who likes nightlife and ask where the newest haunts are. Your best bet is to use the local lesbian app Butterfly or Grinder, Jack’d, Blued and Hornet for the guys.

The trans struggle is just picking up speed around the world recently, and I would say Hong Kong is keeping up proportional pace. Hong Kong has a wonderful advocate named Joanne Leung and Hong Kong’s trans support group. There’s genderqueer artist-activist Vincy Chan. Siufeng is a genderqueer body builder.

But is it anywhere near liveable levels for our trans friends? No.

I don’t know to what level gender violence in washrooms hits. I do have gender ambiguous and trans friends here and I find it difficult to summarise or compare their experiences. For example, for the people who live abroad or choose to stay abroad, they have found supportive communities. However, Hong Kong is also a city of 7 million people, compared to entire countries where people can move to more LGBTQ-friendly areas like the Bay Area or New York. Does Hong Kong have as visible, active, and large a community as either area? Not yet, but there are amazing people to be found.

Corporates lead the way, while legislature lags behind

True to typical Hong Kong fashion, the private sector is much more up to speed. International firms have generally seen the benefits of inclusive programs and retaining talent, so of course it’s somewhat easier for colleagues in Hong Kong to bring such initiatives over.

The snag is in legalities for things such as spousal visas and taxes (especially for non-married partners). For those coming from international firms, some things are covered by the firm, like spousal benefits, but you need to be clear on exactly what you’re entitled to or protected by. Basically, life is much better if you are 1) an expat, and 2) in corporate. The legal cases that made news benefit people who have the money to marry abroad or have foreign passports, not locals.

In a city that struggles to keep even its lesbian bars alive, it’s impossible to think of a community. The gay bars in Lan Kwai Fong (the Financial District) are entirely unaffordable for majority of the population.

I especially miss the Toronto queer community because Church Street is a space and a place for LGBTQA+-folk to gather and support each other. A community is more than a meat market and dating pool. The community means literally a community centre like the 519 on Church Street, and its own theatre (Buddy’s in Bad Times), ACAS (Asian Community AIDS Services) and QAY (Queer Asian Youth), and many more to cater to to the diverse needs and interests of the people who also happen to be LGBTTIQQ2SAA+ (did I get them all?). The Toronto community isn’t perfect, and it has just as many problems with marginalization (hence, the need for Black Lives Matter), but it exists. Of course, this list is the only way I can show what Hong Kong doesn’t have.